A little over a year ago, I took my little brother's senior photos as he was about to graduate from high school. A month after that, I took photos for him and his girlfriend before they went off to their senior prom. This past week, I did a couples' portrait session with them as they both just wrapped up their freshman years of college. Time goes fast.

I spent this past week in Indiana visiting my family and Tyler and Jodie wanted me to do a photo shoot with them, so we walked around downtown and through Center Lake Park (on a very hot day) near the same place where I had taken their prom photos the year before. I just got a new camera, so it was a great time to give it a trial run! I love the results (and some of the filters/editing techniques I'm trying out), and I love these two people even more. 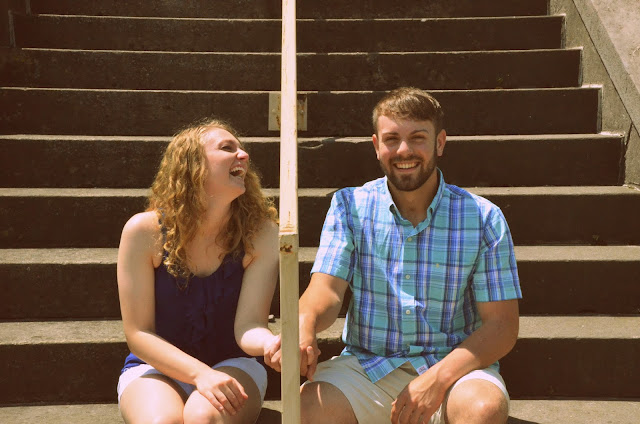 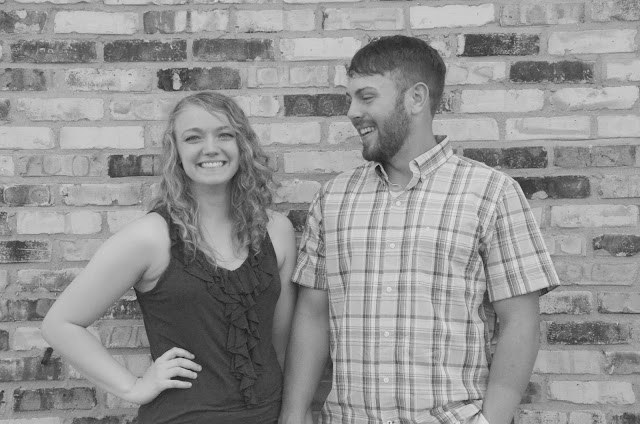 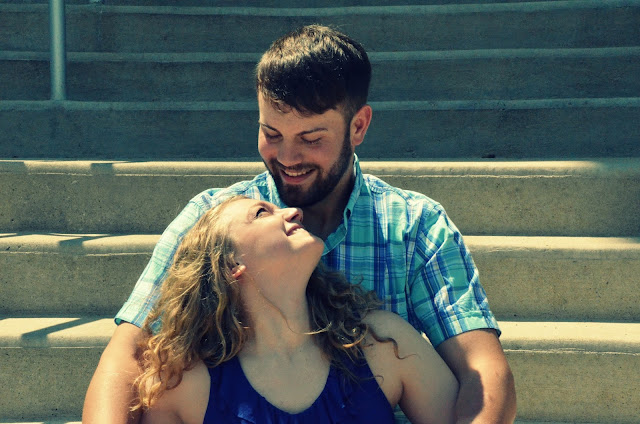 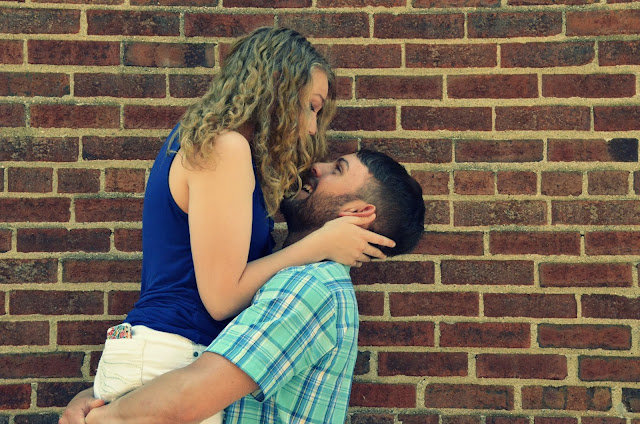 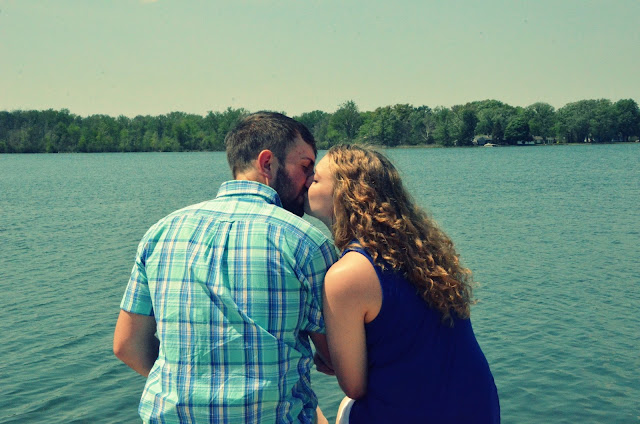 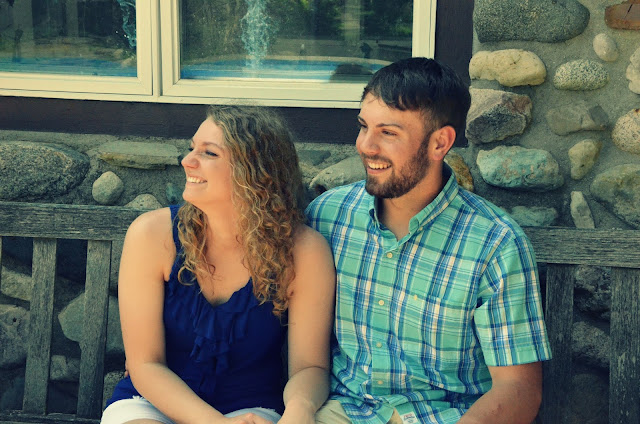 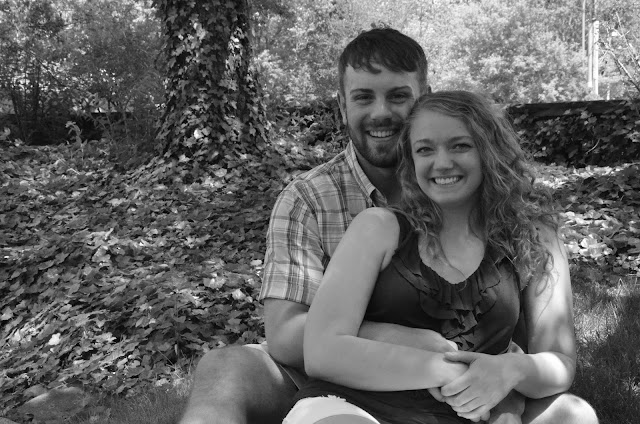 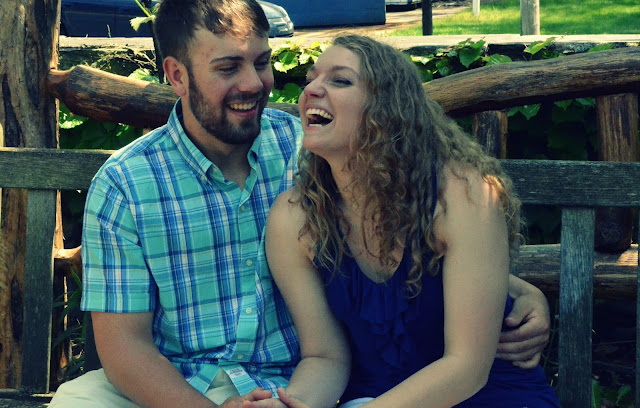 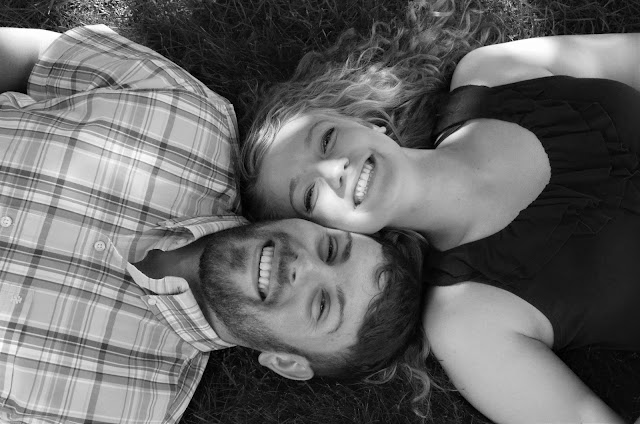 When I met Justin in 2009, he was a junior in college (I was a sophomore) struggling to figure out what he wanted to do with his life. He had changed his major a couple of times at that point, but always felt in limbo - nothing seemed like the right fit. He started out as a pre-veterinary medicine major and then switched to chemistry, and that's what he was studying when I met him. He was a part-time student, fighting to maintain his grades while working a lot. He had just lost his job right before we met and was trying frantically to find a job so he could maintain bills and the rent he shared with a friend.

The following school year, Justin got sick and had five consecutive surgeries which resulted in him taking the fall semester off. He dropped his classes and focused on his recovery. During his time off, he considered applying to a different school to major in youth ministry. Several mentors steered him away from this and encouraged him to pursue an area of study as a "backup plan" in case ministry jobs weren't available. After much thought, council, and consideration of his interests, he started the spring semester as a psychology major with a minor in religious studies. He was still part-time, but he was hooked on psychology. He had finally found his niche.

A couple semesters later, he started back again full-time. He had a lot of catching up to do since he had changed his major several times and was going part-time for awhile, but he kept with it. I graduated with my undergrad and started grad school in 2011, and Justin started work on his final research projects to complete his psychology degree. We got engaged in August 2011 and got married in October 2012, right before I was about to graduate from grad school and Justin was about to graduate with his undergrad. During the time leading up to our graduation, we planned a wedding, remodeled an apartment, went to school full-time, and worked. It was a whirlwind, but our graduations in May 2013 made it all so worth it. We graduated from the same university, and during the ceremony, they made a special announcement that we were graduating as husband and wife.

After years of grappling with illness and life changes, Justin accomplished his goal and graduated with a Bachelor of Arts degree in psychology and religious studies.

Justin always wanted to pursue his master's in ministry or theology, but married life kicked in and we had bills to pay. He took a job as a customer service representative in the call center of an RV manufacturing company and worked a lot for little pay. It was a summer position and once the summer was over, the same company hired him on as a purchasing agent. He was restless in the job and knew he was meant to be working in ministry, but he didn't have any leads and didn't receive responses to the jobs he applied to. He decided to apply to Bethel College's Masters in Ministries program to start in spring 2014. He was accepted and was very excited to start. Justin's journey through his master's program was not without its difficulties. He broke his arm and was in a full-arm cast during his first class at Bethel. Oh, and we moved states in the middle of his program.

During all this, I was teaching at IU South Bend. The threat of not getting classes to teach because of being an adjunct instructor and a desire to go back to school led me to apply to Bowling Green State University's PhD in English program during the summer 2014. In anticipation of my acceptance, Justin applied to a job in Ohio and got the job. We moved to Ohio in November 2014. Justin did not want to transfer from Bethel because of issues with transfer credits, but his new employer supported his education (at first) and encouraged him to continue his studies at Bethel. It wasn't easy, but we made it work. Justin traveled a lot and spent many late nights working on homework. He was gone quite a bit and would stay with his parents in Indiana when he had class. His new employer decided he didn't like Justin being in grad school, so Justin faced a lot of push-back each time he would need to leave for school or do homework. He burned every vacation day he had attempting to please his employer and still attend grad school. (Thankfully he is at a much more supportive job now!)

When Justin started the new job in Ohio, he had three semesters left of his grad program. This past weekend, HE GRADUATED!!! Despite all the travel, the late nights, and the sacrificed time, he did it. I'm one proud wife.

We definitely celebrated the occasion. A week before the graduation ceremony, some wonderful friends of ours threw Justin a graduation party at their home here in Ohio. It was great to celebrate with friends and family.

The following Friday, we had a get-together with friends in Indiana at one of our favorite restaurants (where we also had the rehearsal dinner for our wedding!). It was like looking at a timeline of our lives - we had students there from each of the youth groups Justin had been involved with, students who we have mentored and who have shared meals with us in our home and who have done Bible studies with us. We had friends there who we shared life with when Justin and I lived at the Impact Campus House for two years before moving to Ohio. It was a great time of fellowship celebrating Justin's graduation.

The following day was Justin's graduation ceremony. Justin's parents and brother came and my parents came. It was an awesome, emotional ceremony and we were all so proud of the dedication Justin had in completing his master's through plenty of adversity.

We had a great weekend celebrating his accomplishments. I'm so excited to see where his education takes him and how it helps him become a better youth and ministry leader. He has come a long way and I am so proud to be Justin's wife.

As a side note, I just finished the first year of my doctoral program at Bowling Green State University. It feels good to be a second-year student now!
Posted by Kristin LaFollette at 4:18 PM 1 comment:

Kristin LaFollette
I'm a professor living my best life with my family in Indiana. I often write about academia, teaching, art-making, photography, vegetarianism, and life in the Midwest.