On this day a year ago, I woke up around 6:30 a.m. to the sound of my phone ringing. It was my best friend's stepfather, and he was calling to tell me that Cohen had passed away around 3:00 that morning. I remember my husband sitting up in bed, listening to the phone call, and hugging me afterward without saying a word. I called my parents and my friend Elisabeth. I contemplating skipping school, but knew I needed to go in and try to distract myself from the gut-wrenching pain I was feeling everywhere in my body. I prayed nobody at school would ask me what was wrong, because I knew I could only hold it together if I didn't have to talk about it.

Just four days before, I had been at Cohen's mother and stepfather's house celebrating her 28th birthday with our families and friends.

The phone call about Cohen's passing was not a surprise. I knew her time was limited. When we all gathered to celebrate Cohen's 28th birthday, she had already slipped into a coma several months before. Cohen's mother planned the birthday celebration, and while it was extremely difficult to celebrate the life of someone who was about to leave this world, I'm so glad we did. Cohen was an amazing person and she meant the world to me. Her life was worth celebrating, even in those final moments.

For those of you who don't know, Cohen (who's real name is Deanne - I mentioned her interesting nickname in the eulogy I wrote for her funeral that my husband read in my place) and I grew up together. We met in seventh grade, and while we weren't instant friends, we were destined to become the best of friends. In high school, we were inseparable. We became part of each other's families, and I was honored to be there the day Cohen's youngest brother was born. We went to the same university after high school graduation and, despite our families encouraging us not to, we lived together in an on-campus house and then a dorm for all four years of college. Even after college, we got our first apartment together. Cohen was my maid of honor on my wedding day. Right before Justin and I got married, Cohen moved from South Bend to Fort Wayne to live with her mother. She became ill and, after several months of being misdiagnosed, a neurosurgeon told us the worst news we could have imagined - Cohen had a terminal brain tumor.

Cohen fought hard for four years despite a poor prognosis. She had several surgeries and went through chemo and radiation and numerous procedures and hospital stays. There were very few strides in the right direction; even though Cohen underwent the treatments her medical team suggested, she still continued to get worse. It was awful watching the most vibrant, wonderful person I knew have her life slowly taken away by a brain tumor. It was such a slow process. Cohen suffered for four years, but never stopped fighting and never gave up hope. Her faith held strong until the day she passed. There's nothing that inspires me more in this life than her; if she could live her life to the fullest in the midst of a devastating and terminal illness, then why can't I? It's a privilege to grow older and experience all this world has to offer. I won't take it for granted. I can't take it for granted.

I can't believe that it's been a year since Cohen has existed in this world. I can't believe I've made it through a year without her. We were each other's family. We were sisters, and the bond I had with her is one that I know I will never have again, and that makes me sad, but it also makes me so happy that I got to experience a closeness with another human being that not everyone has the opportunity to experience. She was my person, and I so look forward to seeing her again someday.

Cohen would have turned 29 on January 16th. As I near my own 29th birthday, I'm reminded of how lucky I am to be healthy, to be working toward my dreams and goals, and to be surrounded by my loving and supportive friends and family. Life will never be the same without Cohen in it, but if this past year has taught me anything, it's that my life is so much better because she was a part of it. Sometimes I think back on the pain of watching her endure four years of a terrible illness, but I wouldn't trade it for anything. I would never trade being there for her, visiting her in the hospital, taking her for outings even when she couldn't walk or see anymore, holding her hand in those final days of her life - her friendship meant everything to me, and it still does. Cohen was so so special, and I will cherish our friendship forever.

After Cohen's funeral service last February, we all went to a park near the church and released blue and yellow balloons (she loved Batman). I fought back tears as I watched the balloons drift further and further away and I realized I would never stop missing her. Even a year later, I'm still just trying to take it one day at a time. 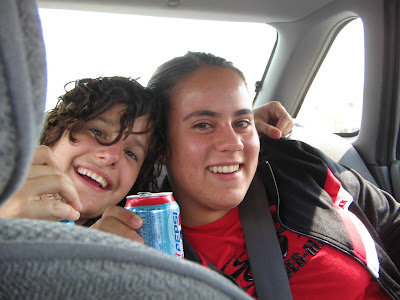 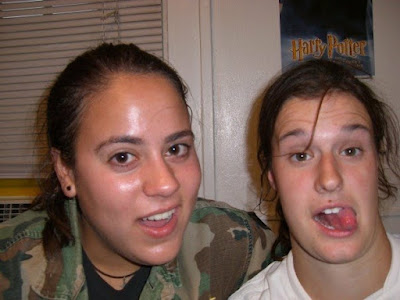 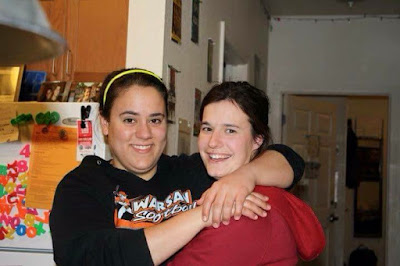 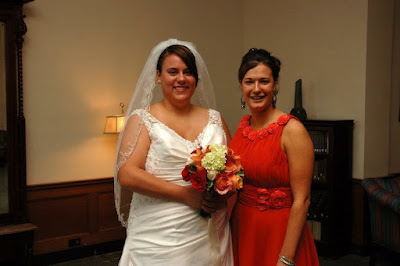 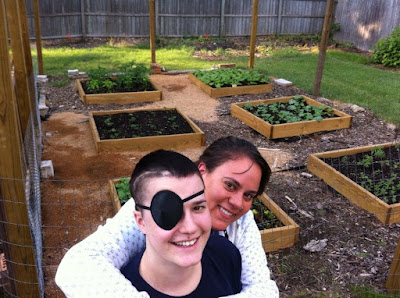 Kristin LaFollette
I'm a professor living my best life with my family in Indiana. I often write about academia, teaching, art-making, photography, vegetarianism, and life in the Midwest.